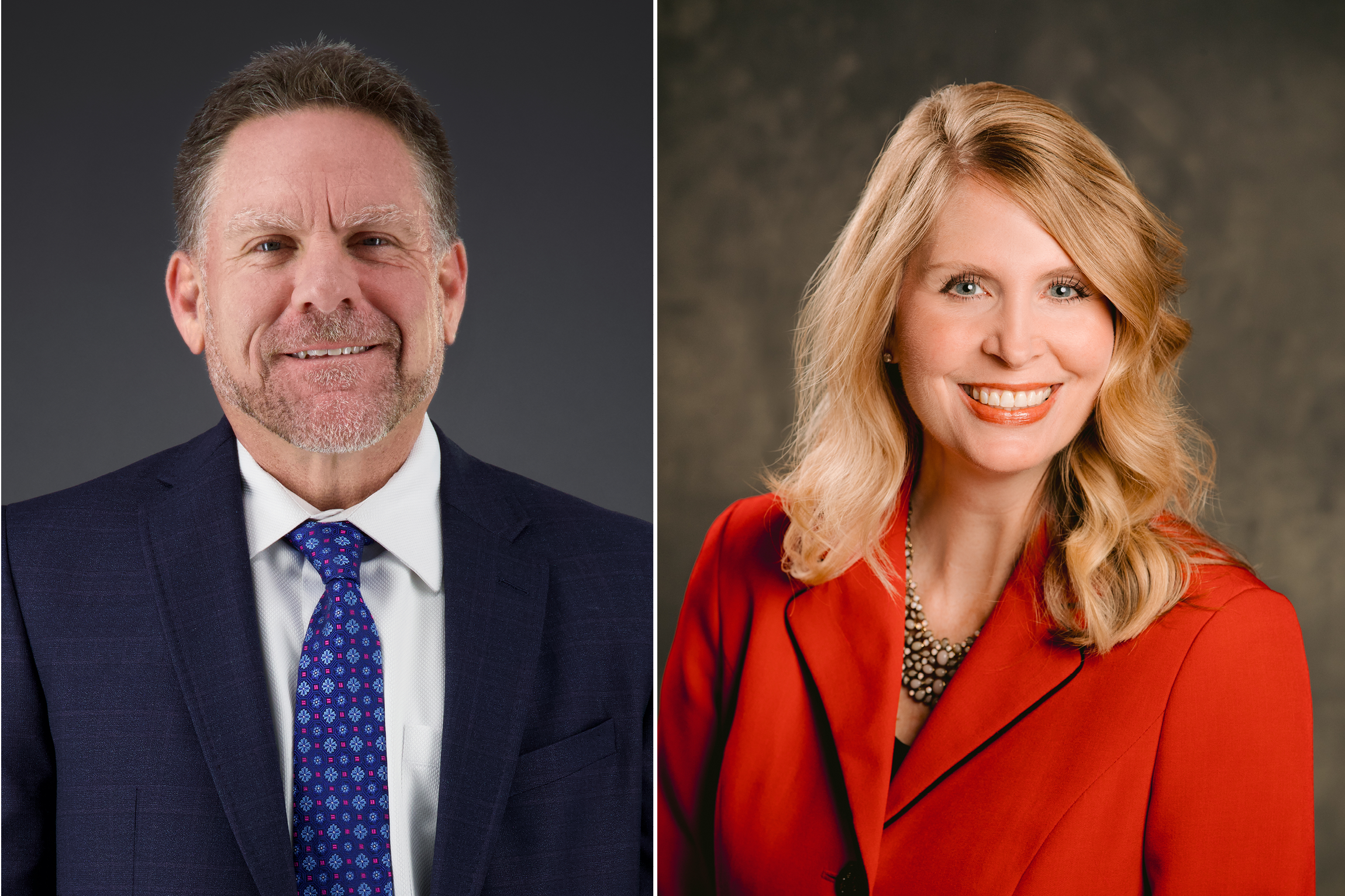 The Columbus Downtown Development Corporation (CDDC) and Capitol South Boards of Directors announced today that Greg Davies has been named CEO and Amy Taylor has been named President of the organizations. Davies and Taylor will assume their new roles on June 14, succeeding Guy Worley, who retired on May 31.

“With the CDDC and Capitol South-led development of the Scioto Mile, Columbus Commons and the mixed-use neighborhood on The Peninsula, Downtown Columbus has experienced a decade of enhancement that significantly contributes to the overall pulse of the city. A strong downtown is still essential to the prosperity of the city, but the role it plays needs to evolve and expand as the community does,” said former Mayor Michael B. Coleman, Chair of the Board of Directors. “The Board realized how fortunate we were to have the right individuals to achieve this goal already involved with the organization. As CDDC and Capitol South’s new leaders, Greg and Amy have the right combination of proven leadership and progressive thinking to execute key policy and project initiatives, with a focus on inclusion and affordability.”

Greg Davies has a depth of experience in civic roles that have helped advance Columbus as a community of opportunity including:

• As Vice President of Planning and Development for the Columbus Partnership, Greg was the point person for the business community on several critical issues, including affordable housing, while serving as the liaison with the City of Columbus for key projects like The Peninsula development and Ohio State University’s Innovation District.
• As Chief of Staff, Greg built Mayor Andrew J. Ginther’s first cabinet and staff after he was elected in 2015. Greg was instrumental in the City’s successful bid to be America’s Smart City and, in tandem with the Columbus Partnership, helped create Smart Columbus. Greg also served as point person for numerous projects, including the ongoing redevelopment of The Peninsula, the Save the Crew effort and the development of the downtown Hilton expansion.
• As Director of Public Utilities, Greg was responsible for providing water and sewer services to 1.1 million people in Central Ohio, as well as for 1,200 employees and an annual budget in excess of $600 million.
• In his role at the Development Department, Greg oversaw the City’s housing program and created Home Again, a $25-million program designed to rehabilitate vacant and abandoned properties across the City. The program was the initial investment for the ongoing redevelopment of Franklinton.

“Greg’s professional experience has prepared him for this role, at this pivotal moment in our city’s history,” said Mayor Andrew J. Ginther. “He is the right person to help lead an equitable recovery, position the downtown for future growth and align CDDC’s mission with our community’s collective goals.”

“It is an honor and a privilege to be selected to serve in this role,” said Greg Davies. “Over the past two decades, Downtown Columbus has transformed into a vibrant and diverse destination for residents, visitors and businesses from Central Ohio, the country and the world. Mayor Ginther and the CDDC Board share a common vision to ensure Downtown is accessible to everyone and will continue to serve as the region’s center for commerce, entertainment, dining and recreational activities. I look forward to working with Amy and the entire CDDC team to implement and expand the vision of our public and private community leaders and deliver the high-quality amenities our residents have come to expect.”

Amy Taylor has been with CDDC and Capitol South for more than 14 years, serving as Chief Operating Officer. Equipped with significant experience in operations, public policy and project management, Amy led the development of transformational projects in Downtown Columbus, including:

• The restoration of the Scioto River and creation of Columbus' premier riverfront destination, The Scioto Mile, with its elaborate network of greenways and public parkland.
• The transformation of City Center Mall into an 18-hour urban neighborhood anchored by an award-winning greenspace known today as John F. Wolfe Columbus Commons.
Scioto Mile and Columbus Commons are both nationally recognized projects that have leveraged more than $400 million in private investment in the surrounding blocks, adding over 900 residential units and 300,000 square feet of office.
• The development of the National Veterans Memorial and Museum, the nation’s first and only memorial and museum dedicated to celebrating the stories of veterans from every era and branch of service.
• Working with the City of Columbus and development partners to bring 231,000 SF of modern office space, a 191-key lifestyle hotel, 329 resort-style residential units and signature dining and shopping experiences to The Peninsula in Downtown Columbus.

Prior to her role at CDDC and Capitol South, Amy held leadership positions with the Alcohol, Drug and Mental Health (ADAMH) Board of Franklin County, the Franklin County Board of Commissioners and the City of Dublin. Since 2013, Amy has served as an adjunct professor in the graduate program at the John Glenn College of Public Affairs at The Ohio State University.

“Downtown is made up of dynamic constituent groups that include residents, employees, students, companies and visitors,” said Amy Taylor. “In my new role, I look forward to working with Greg and the Board to extend the impact of our collaborative work and continue to make Downtown an economic engine for the region and premier place to live, work and play for everyone.”

“The vitality of our Downtown is critical to the region’s post-pandemic recovery and keeping Columbus competitive on the national stage,” said CDDC and Capitol South Board Member Abigail Wexner. “Greg and Amy are experienced and talented leaders who are well equipped to build upon the success we’ve already seen Downtown. The work they’ll be leading will have a significant impact and the Boards of both organizations look forward to supporting their efforts to continue to elevate Downtown.”

CDDC and Capitol South are private, non-profit development corporations; they share a mission to lead catalytic, transformative developments in the heart of Ohio’s capital city. While CDDC traces its roots to the implementation of the Downtown Strategic Plan in 2002, Capitol South has been supporting a re-emerging Downtown since 1974, when it launched a modest mission to redevelop the area just south of Capitol Square. The two organizations are aligned, sharing a common Board of Directors, comprised of business and industry leaders united to help shepherd progress in Downtown Columbus.