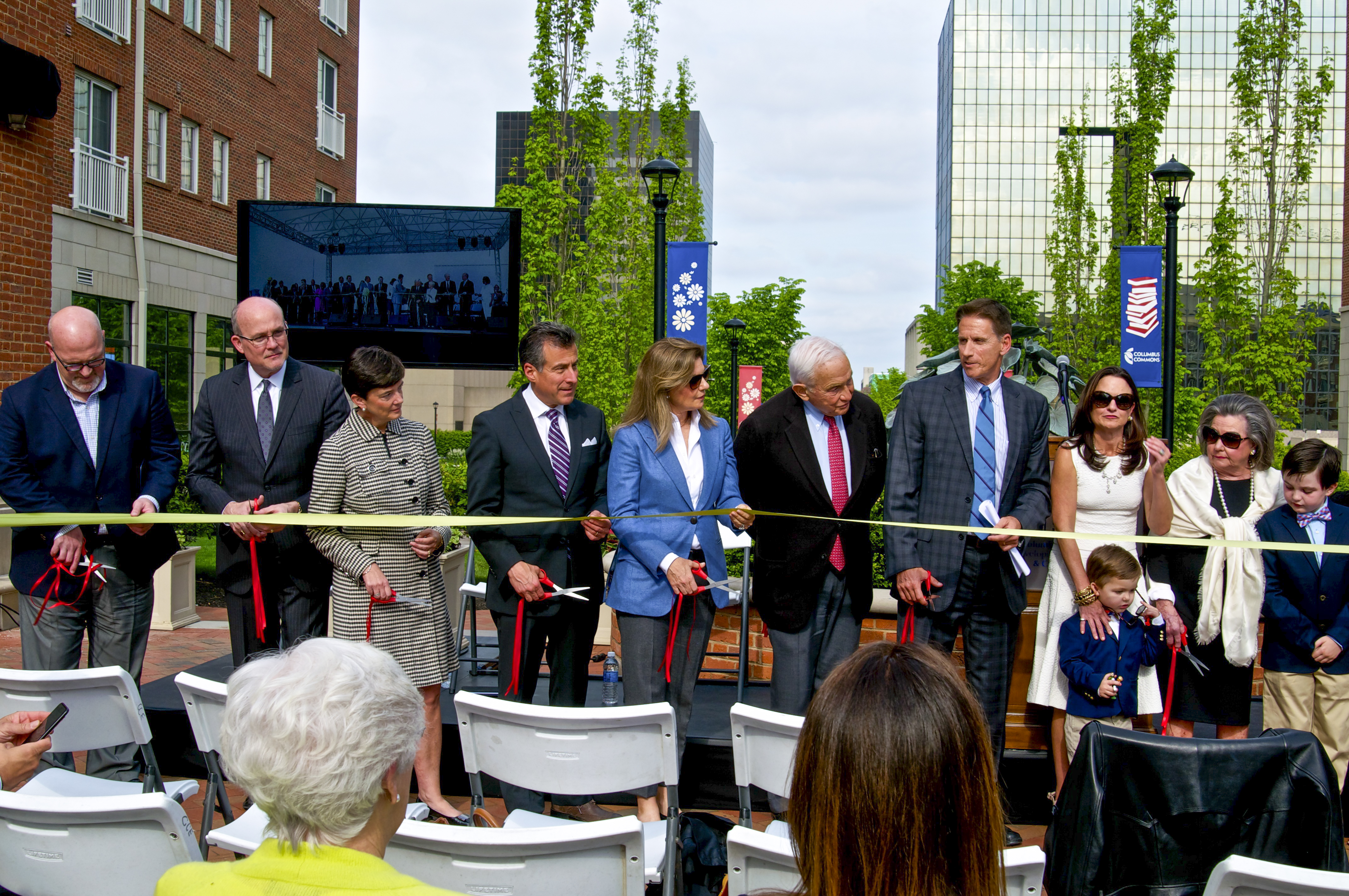 With the unofficial start of summer lurking around the corner, CDDC’s Columbus Commons is gearing up for another Memorial Day weekend packed with free events. This three day weekend kicks-off what will be another summer filled to the brim with family events, fitness classes, food trucks, concerts, festivals and more.

While this will be the seventh season for the beloved urban greenspace, it will be the first under its new moniker: John F. Wolfe Columbus Commons.

As the name suggest, the park now pays homage to John F. Wolfe (1943-2016), one of Columbus Commons’ most ardent supporters.

Columbus Commons started as a dream. When Capitol South reacquired City Center Mall in 2007, there were many ideas for the future.

But John F. Wolfe knew what it had to be - a catalyst for the rest of downtown. It had to be a source of pride and a calling card, not just for what Downtown Columbus was in that moment, but what it could be. This plan for Columbus Commons was announced to the public in 2009 and the park’s construction commenced in 2010.

Thanks to the passion and dedication of John F. Wolfe, not only was the construction of the park completed, but the vision was realized.

Columbus Commons opened to great fanfare in May 2011 and the Columbus Bicentennial Pavillion opened in May 2012, featuring a free concert featuring Michael McDonald that drew approximately 10,000 people. Over the years, Columbus Commons has hosted acts like Bastille, Rascal Flatts, Blues Traveler, Gin Blossoms, Idina Menzel and Nelly. With more than 200 events every year that bring residents, employees, families, young professionals, and people from all over Central Ohio to the heart of our community, Columbus Commons has played an integral role in downtown’s revival and has helped to attract more than $400 million in private investment to the RiverSouth district.

The development of Columbus Commons has indelibly changed the face of downtown and landscape of Columbus for decades to come.  And without John F. Wolfe, it would not have been possible. On Thursday, May 11, the park was renamed in his honor, paying tribute to his unfaltering support of the park from the beginning.

So when you come down to the John F. Wolfe Columbus Commons this weekend to enjoy Family Funday, a free movie, or a free Shadowbox Live show, take a moment to pass through the towering brick columns, now affixed with bronze plaques bearing his name, and remember the quiet community giant who forged a path for the creation of “our central park” in the heart of Downtown Columbus. 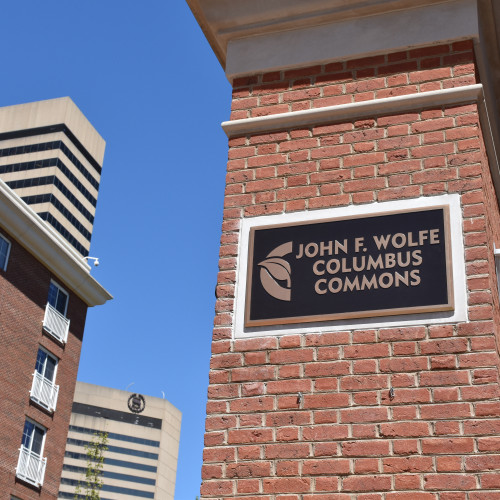 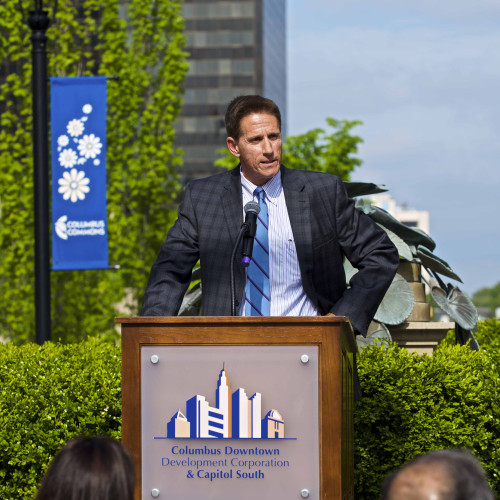 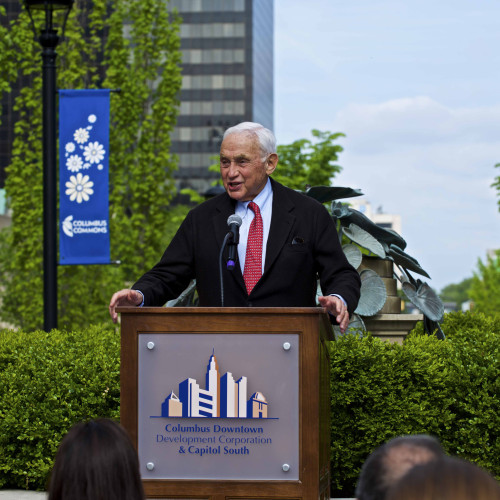 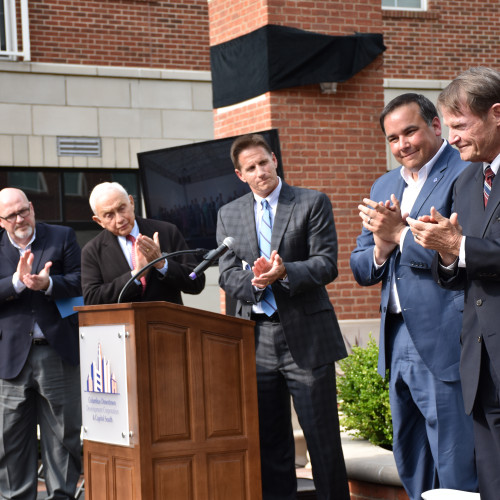 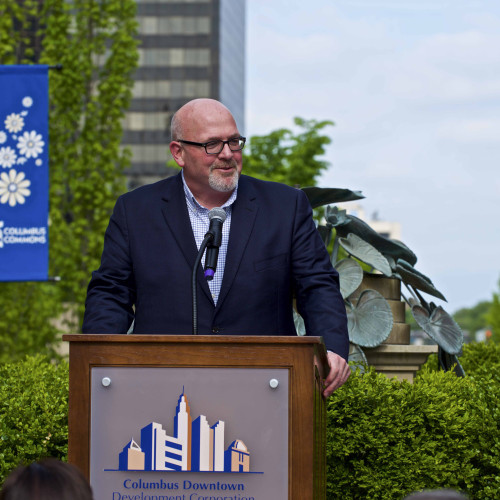 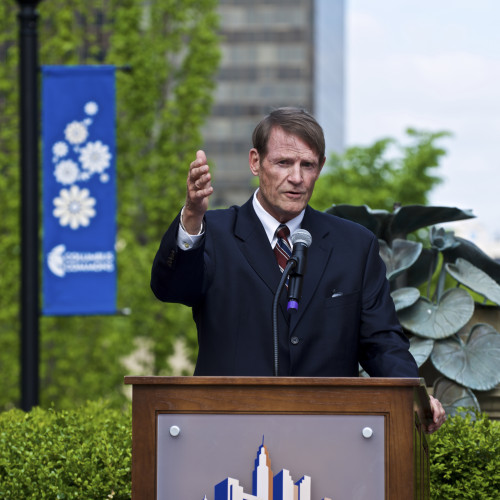