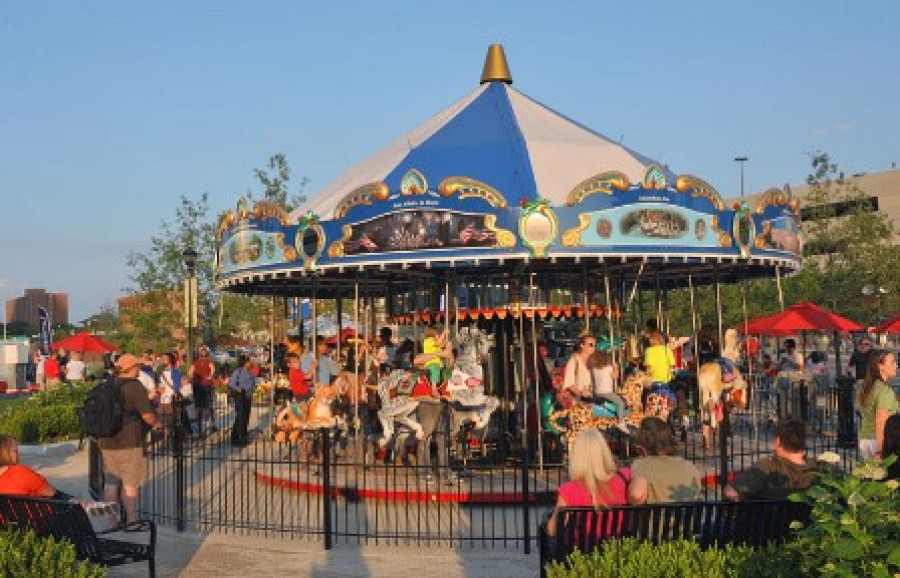 Located in the heart of Downtown, Columbus Commons is a premier urban park that's designed to multitask: it serves the neighborhood as a vital green oasis, while offering features that make it the perfect spot for city-wide events.  Columbus Commons boasts world-class gardens designed and maintained by the Franklin Park Conservatory, a state-of-the-art performance space known as the Columbus Bicentennial Pavilion, a hand-carved carousel, an outdoor reading room, two cafés, and activity options that include bocce courts and a life-size chess set. In fact, this family-friendly, community space hosts almost 250 events annually.

As it turned out, an urban park – a critical amenity in every major metropolitan area – was exactly what the growing Downtown residential and professional community needed. When demolition if the mall began in late 2009, the structure was dismantled with surgical precision. The already eco-friendly project recycled an estimated 80% of all materials from the former City Center, far exceeding its mandated goal. One year after demolition, construction of Columbus Commons was completed in late 2010. Since its inaugural season, the park has hosted hundreds of events annually, including the Columbus Symphony Orchestra Picnic with the Pops series, national-act concerts, family events and movie screenings on the lawn, food truck events, and free group fitness classes.