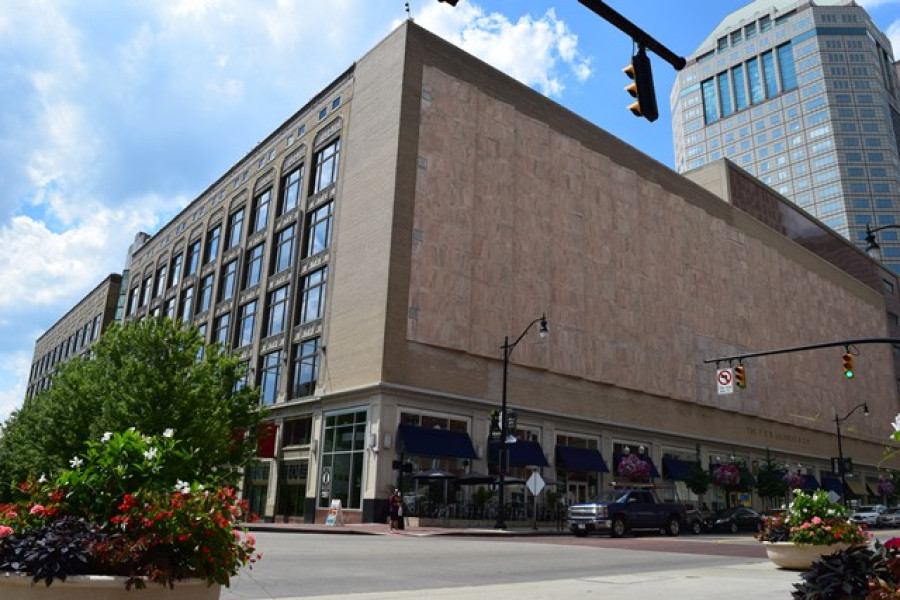 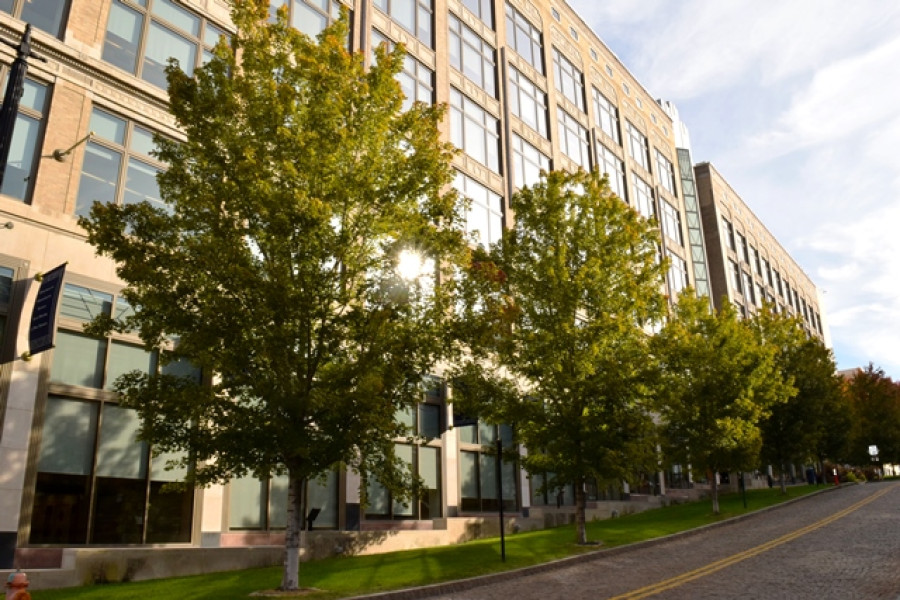 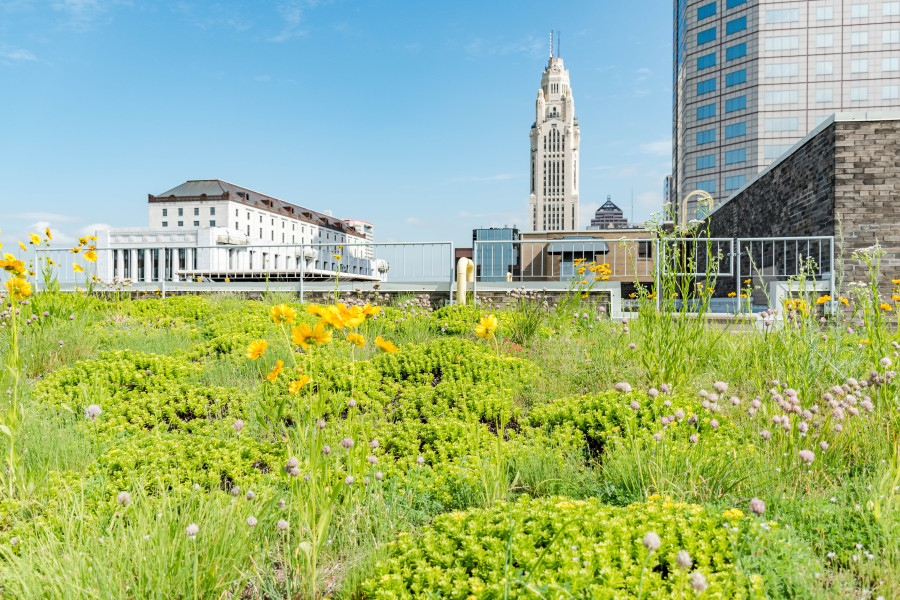 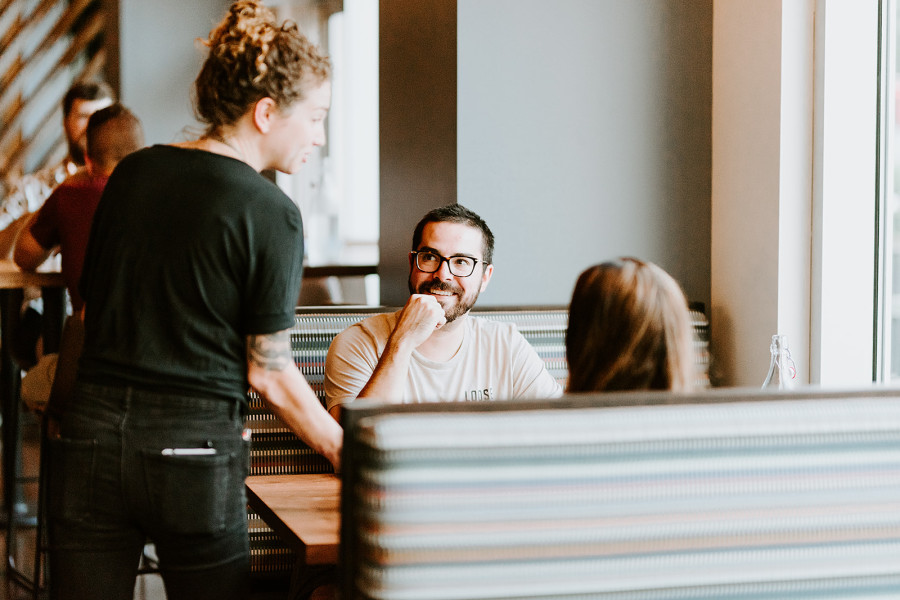 Nosh on High in the Lazarus Building

For nearly a century, the Lazarus department store was a giant in the Downtown Columbus landscape. The monolithic structure occupied nearly four city blocks between High, Front, Town and State streets. After the store's closure in 2004, it became evident that time had robbed the structure of its original majesty. It was time to renovate and reclaim the Lazarus Building.

In a project that spanned from December 2004 through 2008, windows that had once been blocked were re-opened, and the brick and terra cotta façade on the exterior was restored. Modifications were made inside and outside the building to make it the ideal home for new commercial, cultural and restaurant tenants. As a result of the vision of CDDC, the City of Columbus, and the State of Ohio, renovations to the historic structure have restored the glory once faded from years of use.

Today, the Lazarus Building is one of Columbus' largest office buildings in Columbus at almost 700,000 square feet. The office space is home to a diverse mix of commercial, cultural, retail, and restaurant tenants that employ a combined 2,000+ employees. Tenants include:

A unique element of the Lazarus rehabilitation was the special care and attention paid to environmentally responsible practices – so much so that 75% of construction and demolition debris was recycled, a total of 6 million tons of materials. That's the equivalent of almost 3,000 cars that was kept out of local landfills. Additional green features include:

The finished product has wowed both visitors and the United States Green Building Council; the Council gave the Lazarus Building the first LEED Gold Certification for a renovation project in central Ohio. Although this historical structure has transformed, reminders of its heritage remain. The Lazarus name still graces the High Street façade, and the landmark water tower, which now serves as an integral part of the rainwater collection system, is still visible within the Downtown skyline. In its latest incarnation, the Lazarus Building will continue to be part of Columbus’ urban fabric for years to come.

Come see the green roof for yourself! CDDC partners with The Ohio State University's Urban Arts Space to offer tours of the rooftop gardens on the first Friday of the month from May through October. The tour begins at 2 pm inside Urban Arts Space, where guests will be guided through the current exhibitions and learn about the many eco-friendly aspects of the gallery. The tour concludes with a trip up to the beautiful green roof. Sign up for a tour here>>