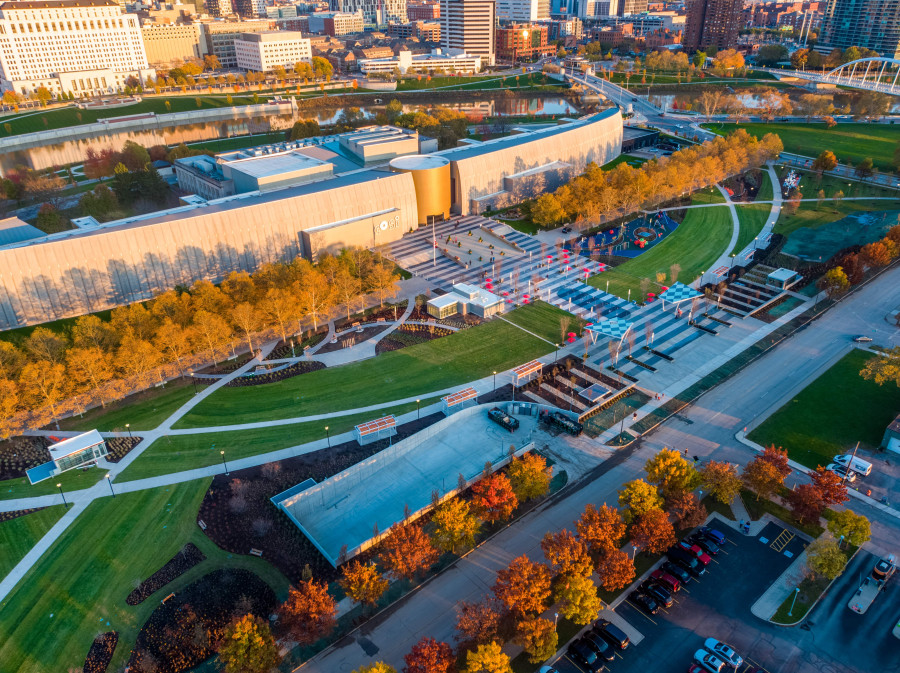 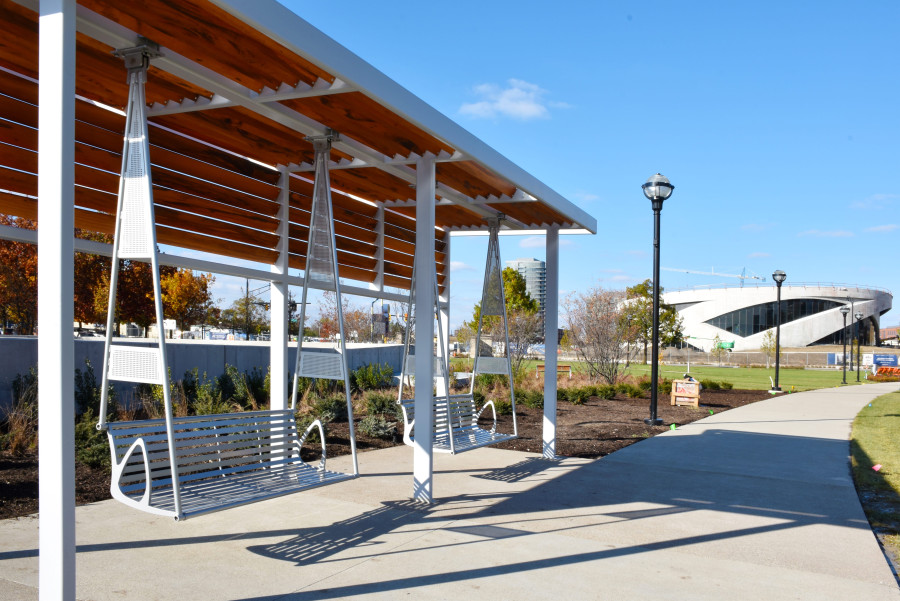 When Columbus Commons and The Scioto Mile were created, $400 million in private development quickly followed. Armed with this experience and a successful model for attracting investment to a blighted district, CDDC set out to revitalize the Scioto Peninsula - naturally the plans included a park.

Prioritized by the 2010 Downtown Strategic Plan, CDDC began construction a 6.5-acre park and 600-space underground parking garage in September 2016. Located directly west of Columbus' dynamic Center of Science and Industry (COSI), the plans included themed gardens, a play area for children, and a plaza with a café and a fountain.

Dorrian Green opened to the public in November 2017, coinciding with the debut of the American Museum of Natural History at COSI – additions that will highlight the neighborhood as a cultural destination, attracting residents and visitors to Downtown.

Adding meaningful green space in front of the top-rated science museum and adjacent to the National Veterans Memorial and Museum created a welcoming entryway into Downtown's next great neighborhood – the Scioto Peninsula.